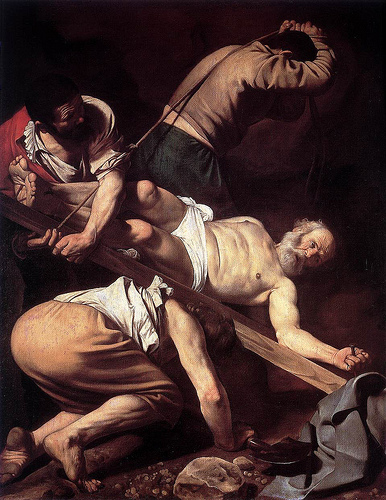 Although we’re away from the podcast for all of August, we don’t want you to miss out on important news coming out of Italy. So throughout the month, we’ll be posting short roundups of articles and blog posts we hope you’ll find as interesting as we do.

>> Verdict on suspected Caravaggio disappoints fans: It’s been a news-filled summer for Caravaggio admirers. Back in June, excavators uncovered his bones and subsequent tests showed he died of lead poisoning. Then a stolen $100 million Caravaggio was found in Berlin, but the huge news was that a “lost” Caravaggio may have been uncovered in Rome! Or not, as experts from Rome’s Museum Authority and lead Vatican art historian concluded the painting was nice and all — just not Caravaggio’s work. Harumph.

>> Italy seeks private sponsors to restore Colosseum: The Colosseum needs a serious facelift, and Italy is looking for some serious cash to get things moving. The Culture Ministry estimates about €25 million (about $32 million) will be required to restore this ancient treasure; interested sponsors can bid between August 4 and September 15. Don’t be startled, by the way, come January 1 when you’re asked to pay a bit more in taxes around tourism-related ventures (hotels, double-decker buses, museum fees, etc.) in Rome — those revenues are also expected to help pay for the Colosseum’s touch-ups.

>> Veteran Italian screenwriter Cecchi D’Amico dies: In sad news, we mark the passing of one of Italy’s finest screenwriters of Italian cinema, particularly considering she was a woman in an extremely male-dominated field. D’Amico contributed to classic films such as The Leopard and Bicycle Thieves and was awarded a lifetime achievement “Golden Lion” at the 1994 Venice Film Festival. She was 96 years young.

As always, we’d love to hear your thoughts on the stories, so please share!

And if you haven’t become a fan yet on Facebook or follow us @EyeonItaly on Twitter, now is a great time — this way you’ll be sure to be caught up when we return to podcasting in September.

Thanks for listening . . . and reading!