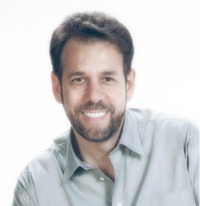 On this week’s show, hosts Sara, Jessica, & Michelle talk about the hunt for the true Mona Lisa, a statue of Pope John Paul II that the Vatican doesn’t like, & Venice’s flood control project. Then we speak to Italy travel expert Steve Perillo about the evolution of tourism in Italy since his family’s company, Perillo Tours, began offering trips to the country in 1945.

Special GuestSteve Perillo – Steve is the president & owner of Perillo Tours, America’s largest travel company to Italy. He represents the third generation in the family business, which celebrates 66 years in travel this year, and he’s been at the helm during the last few years of tremendous technological & geopolitical change in the travel world. Steve says his love of sharing Italy with the legions of Perillo fans remains his motivating force in business.