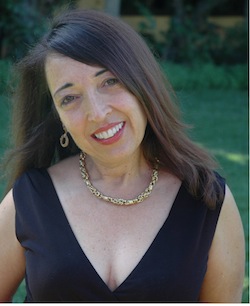 Hosts Sara, Jessica, and Michelle talk about Prime Minister Berlusconi’s latest scandal, Rubygate; a proposed law that would ban miniskirts in one Italian town; a recent court decision that discourages couples’ having sex in cars; and also a quick update on the Amanda Knox trial as we mark the third anniversary of Meredith Kercher’s death. Later, we’re joined by Susan Van Allen, author of 100 Places in Italy Every Woman Should Go, who will share tips for traveling to Italy in the off-season, including some great winter destinations.

Susan Van Allen, @100placesItaly on Twitter, is the author of 100 Places In Italy Every Woman Should Go. Her love for Italy stems from her maternal grandparents, who emigrated from Southern Italy. She was born in Newark, New Jersey, and grew up on the Jersey shore amidst wonderful food and drama. When she first stepped off the train into Roma Termini in 1976, she got hooked on Italian travel. Since then she’s explored the country up and down the boot–visiting relatives, immersing herself in the country’s masterpieces and culture, taking language and cooking classes, and going on boating, biking, and hiking adventures.

She’s written about Italian travel for many media outlets, including National Public Radio, Town & Country, Student Traveler, Tastes of Italia, Chicago Daily Herald, several Travelers Tales anthologies (including Best Travel Writing 2009), and CNN.com. Van Allen also writes for television, and was on staff of the Emmy winning sitcom Everybody Loves Raymond. When she’s not in Italy, she is based in Los Angeles, where she lives with her husband and makes scrumptious lasagne.